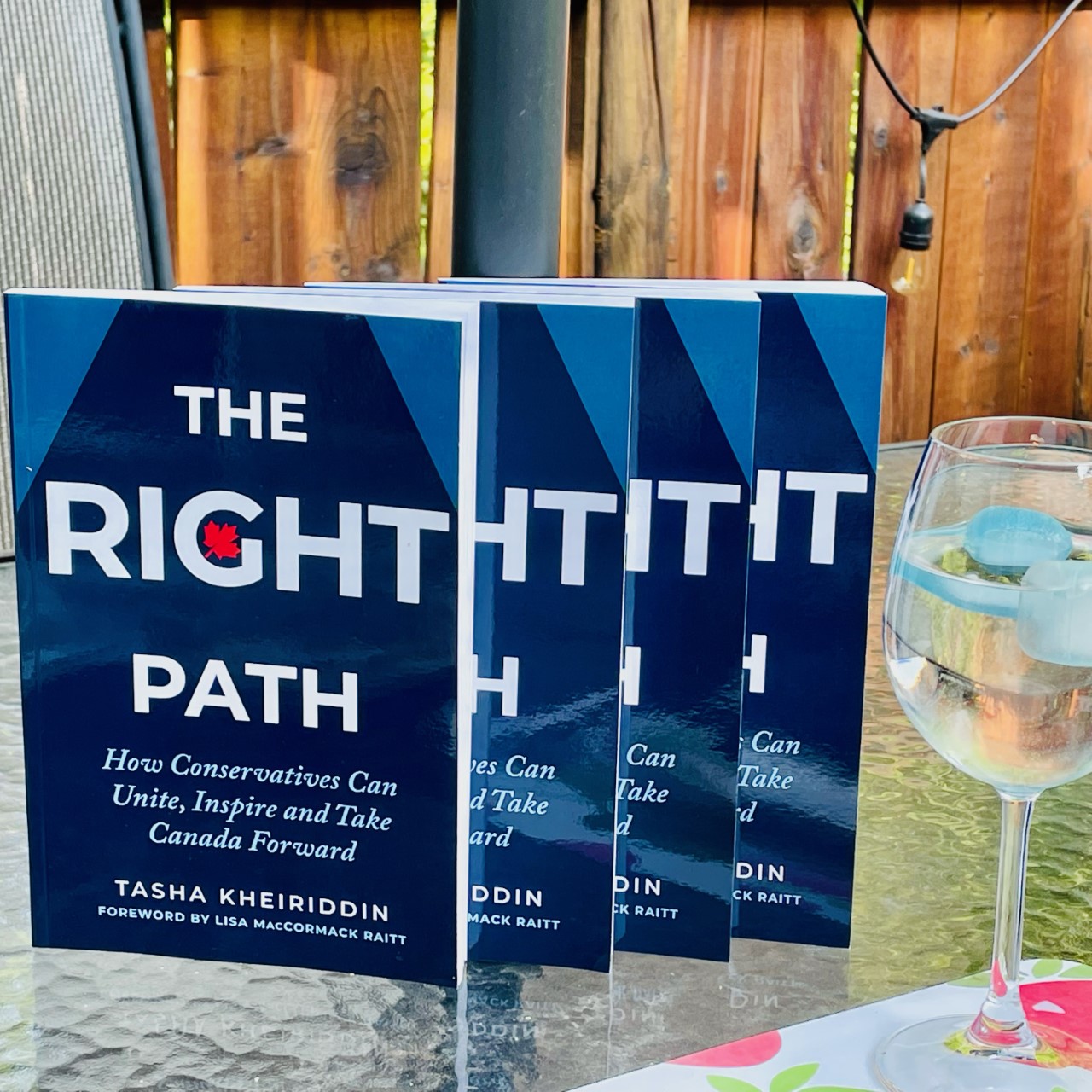 July 7, 2022 – Toronto, Ontario – Writer and political commentator Tasha Kheiriddin is launching her latest book, The Right Path: How Conservatives Can Unite, Inspire and Take Canada Forward, in Calgary on July 7 at 11:45 AM at the Petroleum Club. Conservative leadership candidates Jean Charest and Scott Aitchison have confirmed their presence as well as many well-known party members including Conservative MP and former Minister of State Michelle Rempel Garner, former Progressive Conservative MP Lee Richardson, and former Conservative Cabinet Minister and Deputy Leader Lisa MacCormack Raitt, who also wrote the foreword for the book.

The Right Path traces the twin arcs of populism and conservatism in Canadian politics and provides a strategy to the federal Conservative Party to win the next election by appealing to three crucial voter groups: New Canadians, urban and suburban dwellers, and young people (Millennials and Generation Z).  It has garnered endorsements from many prominent Conservatives, including former Prime Minister Brian Mulroney who says, “I have been around Conservative politics all my life. In the 1980s, I formed two back-to-back majority governments with a diverse, progressive Conservative coalition representing all parts of the country. We made tough decisions grounded in evidence-based public policy on the economy, the environment, human rights, and the implementation of the GST. We made Canada competitive and set up the opportunity to balance the budget. Right now, our country needs a strong Conservative leader who can rebuild such a coalition and take Tasha Kheiriddin’s astute analysis of new voter trends to reach those constituencies to win the next general election.”

With the recent disqualification of CPC leadership candidate Patrick Brown, The Right Path has taken on new significance. “These developments are deeply troubling,” said Kheiriddin. “Disqualifying a candidate because of rules violation is unprecedented. The party must ensure that its decision is transparent and fully explained, otherwise it risks tarnishing the race alienating the voters it needs to grow and thrive. I hope the ideas advanced in The Right Path can help the next leader unify the party and by extension the country in these difficult times.”

Tasha Kheiriddin is based in Toronto and is a principal with Navigator Ltd, Canada’s leading high stakes strategic advisory and communications firm. Her involvement with the Conservative Party goes back to her days as national youth president of the PC Youth in the late 1990’s, to her current involvement as co-chair of the Jean Charest Leadership Campaign.  A Montreal native, Tasha is a graduate of Collège Jean-de-Brébeuf and the law faculty of McGill University.  Tasha practiced litigation in Montreal before working as the legislative assistant to the Attorney General of Ontario. In 1998, she began working in television, producing a political current affairs program with CBC Newsworld and then host-producing three programs with the Cable Public Affairs Channel (CPAC), for which she won the Justicia Award for Excellence in Journalism in 2003. In 2004, Tasha joined the Canadian Taxpayers Federation as their Ontario Director, and, in 2005, she co-authored Rescuing Canada’s Right: Blueprint for a Conservative Revolution, with journalist Adam Daifallah. Tasha then served as Vice-President of the Montreal Economic Institute, and later Director for Quebec of the Fraser Institute. She is currently a lecturer at the Max Bell School of Public Policy at McGill University and the national political columnist for Postmedia. In 2016, the WXN Network named her one of Canada’s 100 Most Powerful Women.

For an interview or to attend the launch, please contact: